Our house was dark beige when we bought it and has remained that way for the past 7 years of our ownership.

Anyone that has met us knows that we are the complete opposite of beige people but as it was fairly recently painted there was no reason to change it.

This is the befores

And here we have the afters 😀

Now I get to do the gardens 😀 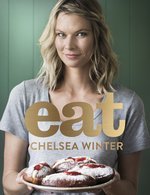 Also started on the 1st was this little beauty 🙂

COULD NOT PUT IT DOWN! I actually finished this on the 7th and have begged the rest of the series off my neighbour.
As my neighbour was on holiday I had to wait till he got back before getting the continuation of the series so I read this one in the interim. 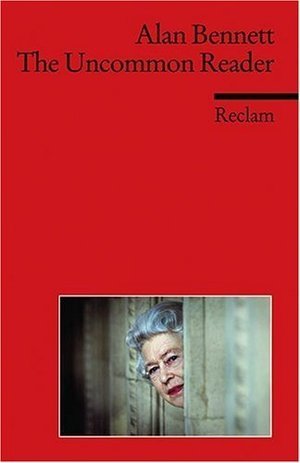 Its a short story which was good as I found it rather difficult to find believable.  To believe that the Queen has never really read a book or understood what a library was for is asinine. To believe that she would put aside her duties and public for the sake of a book is even stupider let alone that the writer wanted you to believe that the royal staff would get away with hiding books to make her deal with her public and duties. Mind you, it didn’t help that Norman picked obscure books that you would not hand to a novice reader.

Once you got past that it wasn’t a bad read but it will not be appearing on the highlights list at the end of the year.

All in all I think that is a pretty good start to year for this challenge.  I’m still not 100% confident that we will get through the whole thing but am going to give it a good try 🙂

1. A book made into a movie you’ve already seen The Woman in Black
2. True Crime Dirty Work
3. The next book in a series you started The Girl Who Played with Fire
4. A book involving a heist The Hot Rock

6. A novel based on a real person Florence Foster Jenkins
7. A book set in a country that fascinates you River God
8. A book with a time of day in the title I Shall Wear Midnight
9. A book about a villain or antihero A Clockwork Orange
10. A book about death or grief The Fault in Our Stars
11. A book with a female author who uses a male pseudonym The Cuckoo’s Calling
12. A book with an LGBTQ+ protagonist This is How It Always Is
13. A book that is also a stage play or musical Wicked: The Life and Times of the Wicked Witch of the West
14. A book by an author of a different ethnicity than you Chinese Cinderella: The True Story of an Unwanted Daughter
15. A book about feminism Jane Eyre
16. A book about mental health Sybil: The Classic True Story of a Woman Possessed by Sixteen Personalities
17. A book you borrowed or that was given to you as a gift Eat Completed 1 Jan 2018
18. A book by two authors Sleeping Beauties
19. A book about or involving a sport Riders
20. A book by a local author The Halfmen of O
21. A book with your favorite color in the title Fried Green Tomatoes at the Whistle Stop Cafe
22. A book with alliteration in the title Déjà Dead
23. A book about time travel The Time Traveler’s Wife
24. A book with a weather element in the title Night of the Twisters
25. A book set at sea And the Band Played On: The Titanic Violinist & the Glovemaker: A True Story of Love, Loss & Betrayal
26. A book with an animal in the title Chicken Soup for the Soul: What I Learned from the Cat: 101 Stories about Life, Love, and Lessons
27. A book set on a different planet The Gunslinger
28. A book with song lyrics in the titleYou Belong To Me
29. A book about or set on Halloween Dark Harvest
30. A book with characters who are twins The Thirteenth Tale
31. A book mentioned in another book I will pick the first book that is mentioned in any of my books 🙂
32. A book from a celebrity book club The Rules of Magic
33. A childhood classic you’ve never read Charlotte’s Web
34. A book that’s published in 2018 Anne Bishop
35. A past Goodreads Choice Awards winner Gone Girl
36. A book set in the decade you were born Go Ask Alice
37. A book you meant to read in 2017 but didn’t get to Bridget Jones’s Diary
38. A book with an ugly cover Need to look at some covers

40. Your favorite prompt from the 2015, 2016, or 2017 POPSUGAR Reading Challenges 2015-A book that has become a movie The Princess Bride
2018 Popsugar Advanced Reading Challenge
1. A bestseller from the year you graduated high school The Silence of the Lambs
2. A cyberpunk book Cinder
3. A book that was being read by a stranger in a public place Need to see someone reading 🙂
4. A book tied to your ancestry The Irish Princess
5. A book with a fruit or vegetable in the title What’s Eating Gilbert Grape
6. An allegory Jonathan Livingston Seagull
7. A book by an author with the same first or last name as you Beloved
8. A microhistory Smoke Gets in Your Eyes: And Other Lessons from the Crematory
9. A book about a problem facing society today The Hate U Give
10. A book recommended by someone else taking the POPSUGAR Reading Challenge Water for Elephants
Ka Kete Ano

My writing in the later part of last year pretty much went to hell.  I had so much going on.  I barely made it to the gym even which is weird for me. This was me and my friend Robert leaving work on Christmas Eve as I went on well needed leave until January 8.

Randomly the only thing I was on top of was Christmas.  I eased into the season this year with a relaxed mind and a happy heart.  I can’t remember the last time that happened.

Under that tree is, of course, the handmade gifts are under there also.  I was pretty proud of them this year 🙂

Oldest daughter is going through her hippy phase and wanted something pretty, feminine and also maybe something to do with nature.  I found the bit of drift wood when out walking along the beach way back in July or August and had it tucked away.

Our youngest daughter is extremely into 21 Pilots so I made her this:

Middle daughter is going through a painful stage and I have absolutely no idea what to make for her this year so she got this:

Boys are always hard to make stuff for so after and entire year of having no idea what to do this time our son got these to go with his new home.

Then there was my lovely daughter in law and awesome trainer.

I made them fairy jars only they went COMPLETELY wrong and you couldn’t see through them in the slightest.  I was so disappointed! Rather than sit down and cry I added some pretties to them, stuck a couple of candles in them an voila, we have hanging candle lanterns.

I will be trying that fairy lantern idea again at some stage in 2018.

So that is my crafting round-up for Christmas.  Hope everyone had a fantastic break.